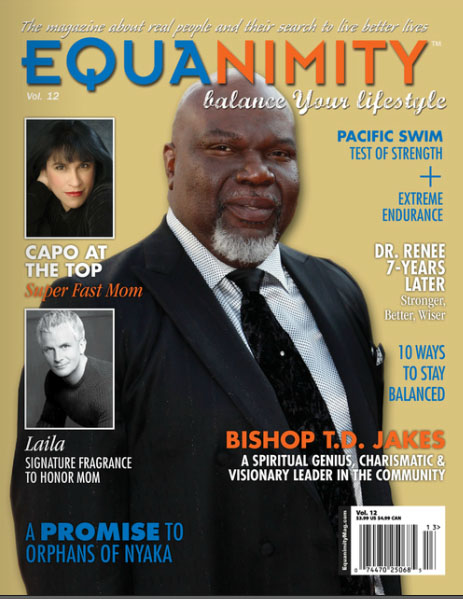 Publisher Lumbie Mlambo interviews producer Justin P.Wayoro of JPW Media Group in Equanimity Magazine. Equanimity LLC is a magazine publishing company based in Coppell, Texas. Equanimity Magazine is where driven people of all kinds and classes balance their lifestyle for success in reaching their goals. Mlambo states in the magazine that filmmaker Justin P. Wayoro says we must first exercise “selfless sharing” to discover our mothers and to understand who we are and how they influenced us.

The article states that Wayoro’s passion for video production has attracted various types of actors to his (JPW Media Group) company. This film director, entrepreneur and philanthropist makes it his business to stay current, explore new ideas and adapt new technology to his mission of designing visual media that entertains and educates. Not only is the information appreciated, it also permeates and reaches millions of people, including the less privilege.

When Mlambo interviewed Wayoro about his next movie project, he stated “that he decided to film the next movie called Inspiring Our Mothers. We’re currently looking for women throughout the nation. The other movie I’m working on is called Vicktoriah and it’s about relationships (from the Christian perspective).” Wayoro is currently seeking funding for both movies.

“Being from Adibjan, Ivory Coast, it was just a huge opportunity to be here in the USA.” – Justin P. Wayoro